In 1956, while Bill was in the U.S. Air Force he was stationed at Palm Beach Air Force Base (Morrison Field) in West Palm Beach. Here he met his wife Tonita, who was attending Palm Beach High School. They married in 1957 and moved to several places as he served in Alabama, Illinois, California, Mississippi, Alaska and Iceland.

Bill performed duties as an engine mechanic, crew chief, trainer, inspector, and flight engineer. Eventually he transferred to Aircraft Control and Warning Radar in 1964 where he finished his military career responsible for training, supervising, purchasing, maintenance and monitoring over 11 US radar systems. After serving 21 years he retired in 1973 as a Master Sergeant and returned to West Palm Beach with his family.

He entered the air conditioning industry working for Joe LaPlant (LaPlant Air Conditioning), and after a couple of years started a new and very successful company with a coworker. In 1987 he established Smyth Air Conditioning.

Today, in its 34th year, the company is still family owned and operated by his three children and many longtime dedicated employees. He was especially proud that his children joined the company, and equally proud that through the years he helped as many as 10 of his employees start their own businesses. During his time in the Air Conditioning industry Bill helped form and build the Palm Beach chapter of Air Conditioning Contractors Association, serving as President in 1990.

Bill shared his life with Tonita for over 63 years. He was an avid and successful gardener, enjoyed boating, golfing and collector cars. He will be forever loved, missed, and remembered by family and friends for his humbleness, gentle kindness and generosity. There will be a private burial with immediate family.

A celebration of lifewill be held in the near future where friends and family can share memories of this wonderful man. In lieu of flowers, kindly donate to Peggy Adams Animal Rescue League or a charity of your choice in Bill’s name. 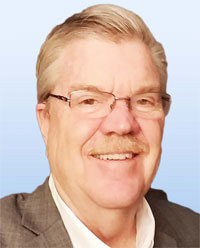